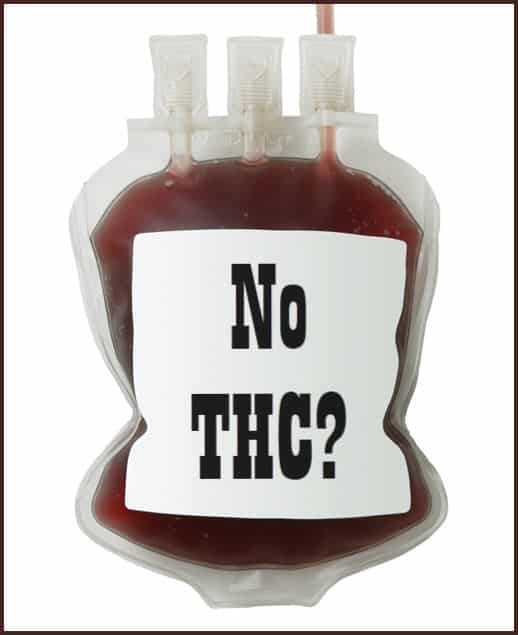 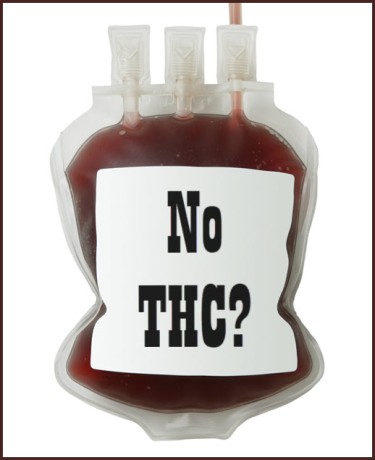 Blood donations are vital to the healthcare system. Of the millions of people in the world who are eligible to donate blood or plasma, only a few thousand do. Some are willing to but have doubts about whether they’re qualified to or not due to some habits they may have.

Currently, cannabis is making waves and gaining traction among different age groups. Many now ask if their regular use of the drug could adversely impact life-saving plasma donations. A straightforward answer to this is that cannabis users can give out as much-needed blood to people in need as possible. Additionally, they can decide to store their blood and source plasma in blood banks for future use. However, this doesn’t mean you can show up at the hospital when high. The healthcare workers have directives to turn intoxicated donors away.

Everyone knows that blood donations are needed to keep healthcare facilities running. It takes less than twenty minutes to donate a pint of blood. Hundreds of thousands of lives are saved yearly by these blood packs that come in at the right time. Patients suffering from chronic diseases or accident victims are the primary users of these drugs.

Blood plasma is the liquid yellow section of the blood. It contains proteins, blood cells, and other essential blood elements. You can observe blood plasma for some moments after donated blood is separated. This part of the blood is valuable for managing the health of highly sick patients. They are mostly requested for patients with trauma or intense bleeding.

The purpose of blood plasma infusions is to regulate the patient’s electrolytes while preventing further infections from developing. These cells also help regulate the body’s protein count and identify, locate, and fight off existing diseases. Every hospital and blood bank is always advised to have a substantial amount of plasma and blood stored up.

Donating blood plasma is more or less the same process as donating whole blood. Health experts say that the process is healthy for donors. The body replenishes the donated cells. Some studies have revealed that blood or plasma donations reduce the donor’s cardiovascular health and limit the chances of obesity and cancer growth.

To separate plasma from whole blood, the drawn blood is passed through a hi-tech device. Only the liquid protein of the donor’s blood is separated from the whole blood. The remaining components, including the platelets and red blood cells, are passed back into the donor’s body. The separation differentiates this process from regular blood donations.

Plasmas must be frozen within a day of collection. If left at room temperature, the cells begin to clot and become unfit for use. When properly stored, the plasma can stay for a year. When required for transfusions, they are then thawed.

There are guidelines put in place for blood and plasma donations. Before any of that can be done, the donor must meet the standard requirements. As expected, the most important criteria must be a clean bill of health. In many states within and around the United States, the donors must be at least 16 years old. Younger donors can only give blood if their legal guardians consent to it.

The minimum weight for donors is 110 pounds (approx 50 kilograms).

Cannabis Use and Plasma Donations

Cannabis users are only allowed to donate blood if the following conditions are met.

At least 24 hours before the donation, no smoking. This ensures that the donated blood has no active THC in it.

No consumption of cannabis edibles for at least two days before donation. Your system should be clear of remnant THC in the plasma. Cannabis edibles take the longest time to break down and exit the bloodstream.

The above preliminary measures are standard in hospitals worldwide.

Cannabis critics like to argue that the blood of cannabis users is unfit for blood transfusions. They have suggested that babies, infants, toddlers, and adolescents who receive such blood plasmas are being compromised. However, no study has backed this claim.

Scientists have maintained that the 24-hour gap between cannabis consumption and blood donation is the most critical factor. The psychoactive cannabis compound is not indirectly transferred to the other person.

The frequency of use does not change the preliminary guidelines. Chronic and occasional cannabis consumers can donate plasma as long as they meet the above requirements. Studies have revealed that donor-recipients cannot feel any effects from cannabis-infused plasma. Simply put, the amount of psychoactive compound THC in the donor’s blood is unimportant.

Consumers of synthetic cannabis are placed on another pedestal. This person cannot donate blood or plasma if they regularly smoke or ingest synthetic cannabinoids like Spice, also called K2. K2 is an artificial laboratory-discovered marijuana product that has been flagged as being unfit for human consumption. Marinol is another synthetic cannabis product, but it is FDA-approved.

Based on researched evidence, consumers of natural cannabis are eligible to donate these vital blood components, while users of new psychoactive substances like Marinol and K2 are ineligible.

Information like this is necessary to enable cannabis users around the globe to be aware of their ability to donate blood and plasma to save their families, friends, acquaintances, and even strangers through blood banks.

The number of people who come in yearly to make donations is already tiny. Still, with this knowledge, misconceptions about cannabis users’ blood can be put to rest, and they can finally stop wondering whether or not they can give blood and plasma to people in need.