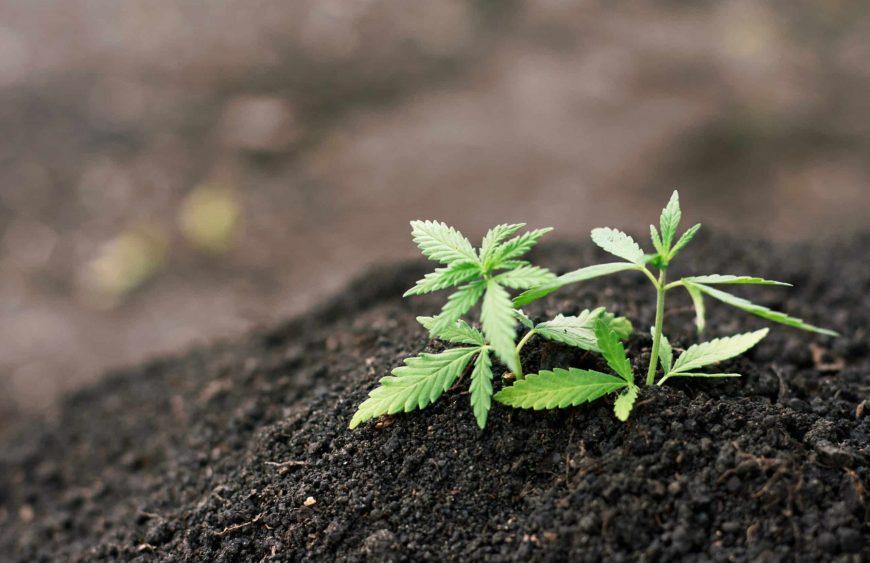 An unknown protester sowed cannabis seeds throughout the rose gardens of New Zealand’s Parliament in Wellington, most likely as an act of defiance. The guerilla grower may have splintered off a violent anti-vaxxer occupation that took place weeks earlier.

New Zealand Herald reports that half a dozen of the weed plants were promptly destroyed by Parliament grounds staff as they continue to sift through the rubble of the occupation.

According to New Zealand’s 1 News, an unnamed protester returned to Parliament grounds on Thursday claiming the seeds had been sown during the chaos, alongside a range of other plants that are always there, such as coriander, brassica and marigolds.

Many of the cannabis seeds had been scattered throughout Parliament rose gardens, the protester told 1 News in anonymity, and “many more will likely germinate for years to come.” It is not immediately clear if the protester was involved in or liable for any of the violence that took place weeks prior.

With a few weeks’ head start, nature takes over and it can spread like a weed. A Parliament groundskeeper agreed that more seeds will inevitably sprout. “There were a few cannabis seedlings,” the groundskeeper said. “A lot of seeds had been scattered around, amongst other things left from the protesters.”

This comes after a 23-day occupation of New Zealand’s Parliament grounds and surrounding streets by protesters against the country’s vaccine mandate—eerily similar to the insurrection at the United States Capitol building in Washington, D.C. The copycat insurrectionists torched areas, threw flammable objects, and in some cases, tried to ram into law enforcement with cars.

The occupation began as a “convoy” that kicked off in Wellington on February 8, and was very similar to the Canadian convoy that took place in Ottawa in Canada. The convoy first camped in front of the Parliament building before things went South and they began to blockade most streets.

According to John Pratt from Victoria University of Wellington, the police did nothing to prevent the occupation from taking place, nor did they enforce a complaint from nearby Victoria University against the protestors. So by the stretches of imagination, the weed scattered throughout Parliament grounds could have been prevented as well if they had chosen to do so. Protesters attempted to burn the Law School building at the university.

Opposition National Party leader Christopher Luxon repeatedly extends sympathy for the protesters. Amid the vaccine mandate protesters, other issues are also at play.

Is it Connected to Random Roadside Drug Testing?

Random roadside drug testing will kick off in New Zealand in 2023 as part of an effort to deter drug-impaired driving, after the Land Transport (Drug Driving) Amendment legislation on March 29. The Māori Party is the only party to have voted against the bill.

“In July 2020 the Government introduced legislation that would introduce a compulsory random roadside drug testing scheme in New Zealand,” the Ministry of Transport wrote in an announcement. “Under the proposed drug driving regime, oral fluid tests will detect the most prevalent impairing illicit and prescription drugs at the roadside. The proposed change allows police to test drivers for the presence of drugs anywhere, any time, just as they can for alcohol.”

There are blood limits for 25 different street drugs, including THC. The problem with that is the fact that THC lingers in the bloodstream for much longer than most street drugs.

Drivers who test positive for drugs will be fined and stopped from driving for a minimum of 12 hours. On a positive note, drivers will not be criminally charged if they are simply high and not in possession of controlled substances.

A flurry of medical organizations in New Zealand slammed the roadside drug testing plan. The framework for oral fluid and blood tests is “not supported by reliable scientific evidence”, the Royal NZ College of General Practitioners said. The Royal Australian and New Zealand College of Psychiatrists said “the presence of drugs … does not directly relate to impairment.” The NZ Medical Association also said that the science is “not quite sufficiently adequate.”

Activists in Illinois Call for Fairness in Dispensary License Process