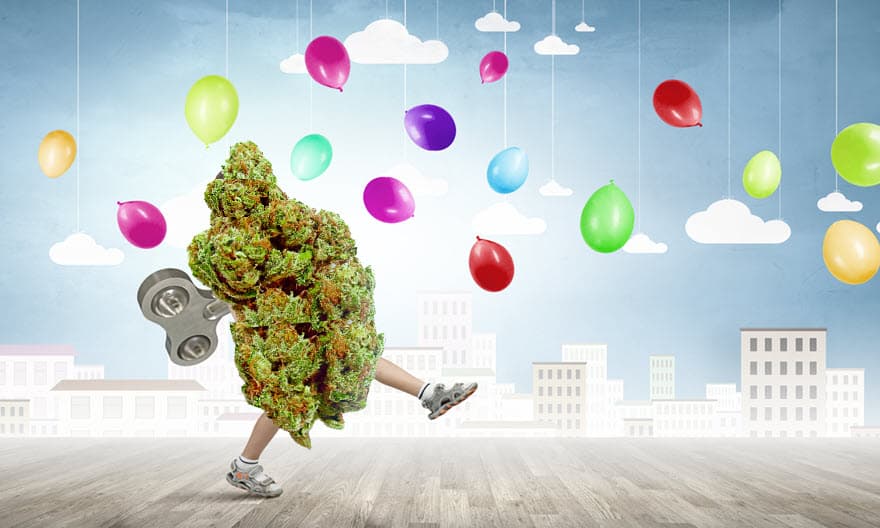 Cannabis is a highly versatile herb. As the world continues to embrace it, millions of people are being introduced to the various cannabinoids that make up the plant. Often, the tag “TAC” can be found written on the packages of cannabis products. But very few understand what this “TAC” is all about.

A General Overview of TAC

First of all, TAC stands for Total Active Cannabinoids. It refers to the cannabis profile of a strain. When purchasing a cannabis product or seed, consumers are able to have more insight into the total cannabinoid content of the strain. With TAC, users can customize their cannabis sessions.

The Total Active Cannabinoids of a strain take the focus away from THC alone and directs more attention to other minor cannabinoids in the plant. TAC information informs users about how potent or effective a strain may be when consumed. Most of the time, the TAC is indicated by a cumulative figure, while a few manufacturers choose to disclose the individual properties of the cannabinoids present in the strain. This way, users can effectively decide which product they need at that very moment based on its potential effects.

TAC represents the total amount and potency level of the various cannabinoids found within a specific cannabis plant. Cannabis plants contain over 50 different cannabinoids, although not all are detectable. Current testing methods can only identify a set of cannabinoids available in substantial quantities. So, in reality, the TAC figure is usually less than the exact amount of cannabinoids in the strain. Note that the non-detectable cannabinoids in a strain are inactive or not sufficient enough to induce a notable impact. For cannabinoids to be included in the TAC means that they will have some form of influence on the effects that manifest in the user.

Cannatech operators are yet to figure out a direct mechanism to identify the mechanism of an individual cannabinoid in a strain.

The Entourage Effect and TAC Relationship

The “entourage effect” best describes the synergy between all the cannabinoids in a cannabis plant. The theory reveals that all compounds, including terpenes and phytocannabinoids, available within a cannabis herb work together to induce the best effects.

The total active cannabis figure is very important to the entourage effect. Scientists believe that the TAC reveals how the entourage effect operates. Explains why THC and CBD induce better physiological effects when they are consumed together or in addition with other minor cannabinoids.

The knowledge of TAC is more beneficial to medical cannabis users. It gives them an indication of what to expect from the entourage effect. On the other hand, recreational users use TAC to improve their smoking or dabbing experiences.

Not the same as Total Aerobic Count

A few novices in the industry often confuse the meaning of TAC as being Total Aerobic Count. This is different from total active cannabinoids and has a different meaning. A total aerobic count is a measurement of the total microbial counts in a cannabis sample.

Over 60 cannabinoids can be found in weed plants. Some TAC labels could list up to 100 cannabinoids in one product. However, the majority of these compounds are relatively unknown—they have been identified, but their mechanisms are not understood. Some of the most common cannabinoids found in large and trace quantities in cannabis crops are as follows:

CBD is one of the top two most bioavailable cannabinoids in marijuana crops. It is renowned for its relaxing, non-psychoactive, and medicinal benefits.

CBD induces effects that help to counteract the “high” produced by psychoactive cannabinoids. It does this by inhibiting the release of FAAH (an enzyme that breaks down anandamide). This action encourages the availability of anandamide, also known as the bliss compound. Studies have shown that CBD has anti-inflammatory properties and other therapeutic potential.

THC is literally the most famous cannabinoid in the weed ecosystem. This cannabinoid is the dominant compound that induces psychoactive effects on the user. THC reacts with CB1 receptors in the endocannabinoid system to produce the “high.” It emulates anandamide to induce the release of FAAH. Unlike other cannabinoids, THC is more potent and lasts much longer in the system.

CBDV is a minor cannabinoid that is often found in wild and hybrid varieties of cannabis. Cannabis crops grown in Central Asia have trace amounts of this cannabinoid. Research is ongoing to understand the compound’s reaction with the ECS, but cannabis researchers have pointed out that it has a similar chemical structure to CBD.

is a minor cannabinoid found in trace amounts in cannabis plants. Information about this cannabinoid is limited. Very little is known about its interaction with CB1 and CB2 receptors. Some studies suggest that CBC adds holistic efficacy to the entourage effect.

Aside from cannabinoids, cannabis contains other essential compounds like fatty acids, terpenes, and flavonoids. Most of these other compounds are poorly understood in the ecosystem. Yet, they all play vital roles in the entourage effect.

Terpenes are compounds that give cannabis strains their unique flavors. Terpenes are found in plants, fruits, and flowers of all crops, not just cannabis crops. Examples of terpenes are pinene, limonene, eucalyptol, and linalool. Terpenes also boost the effects of cannabinoids in the endocannabinoid system.

On the other hand, flavonoids give plants their pigments or colors. They induce antioxidant effects in consumers. Their role in the entourage effect is vague, and their interaction, as well as the breakdown process, is yet to be established.

Knowing the TAC value of your cannabis products is very important. Another reason why cannabis regulations enforce manufacturers to include this information when labeling the products. It’s even better when the total cannabinoids are listed. With this information, you can experiment with different product ratios to decipher the concentration that gives you the best cannabis experience. Medical officers can use this accurate measurement to determine the best therapeutic concentration for cannabis patients.

With time, more studies will begin to look into the specific interaction of minor cannabinoids and other cannabis compounds in the consumer’s system. 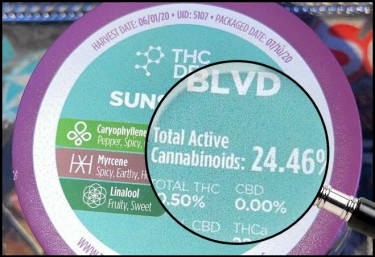