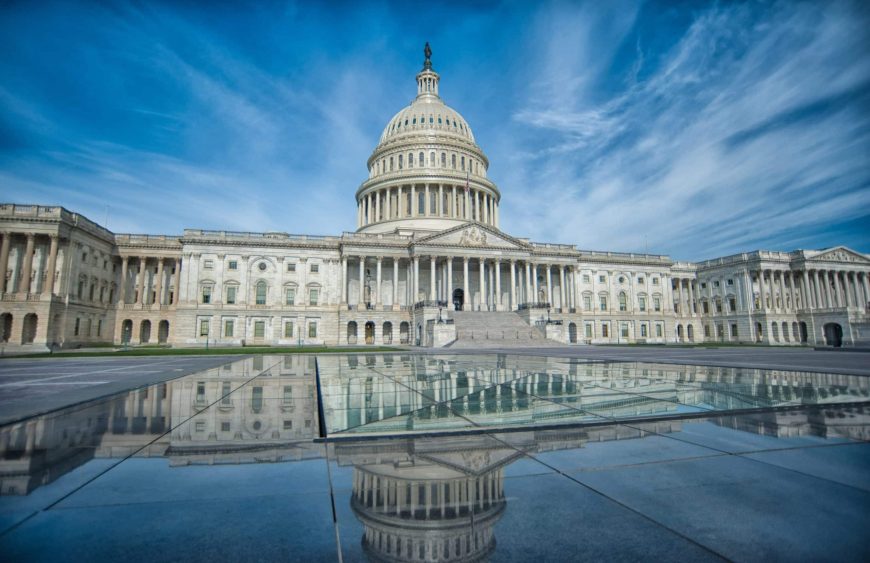 Cannabis advocates have a reason to rejoice this Friday with federal legislation moving forward to decriminalize cannabis at the federal level, which would change everything. The U.S. House of Representatives approved the Marijuana Opportunity, Reinvestment, and Expungement (MORE) Act, or H.R. 3617, in a floor vote Friday. It’s the second time the House approved the bill as the historic piece of legislation makes its way to the Senate.

The MORE Act would remove cannabis from the Controlled Substances Act, allowing states to legalize cannabis markets without fear of federal interference. It would include provisions for the expungement or resentencing of people with nonviolent federal cannabis convictions.

It would also promote diversity in the cannabis industry at the state level, and help repair the disproportionate harms caused by America’s War on Drugs. According to a recent Congressional Budget Office analysis, the Act, if passed, would increase tax revenues by over $8 billion over a 10-year period and would also drastically reduce federal prison costs.

“At a time when the majority of states regulate marijuana use and when the majority of voters of all political ideologies support legalization, it makes no sense from a political, fiscal, or cultural perspective for federal lawmakers to continue to support the ‘flat Earth’ failed federal prohibitionist policies of the past,” NORML Deputy Director Paul Armentano told High TImes. “It is time for members of the Senate to follow the House’s lead and take appropriate actions to comport federal law with majority public opinion and with the plant’s rapidly changing legal and cultural status.”

“This vote is a clear indicator that Congress is finally listening to the vast majority of voters who are sick and tired of our failed marijuana criminalization policies and the damage they continue to inflict in communities across the nation every day,” said NORML’s Political Director Morgan Fox. “It is long overdue that we stop punishing adults for using a substance that is objectively safer than alcohol, and that we work to address the disparate negative impacts that prohibition has inflicted on our most vulnerable individuals and marginalized communities for nearly a century.”

“The time has come for federal lawmakers to put aside partisan differences and recognize that state-level legalization policies are publicly popular, successful, and are in the best interests of our country,” Fox added. “Now that the House has once again supported sensible and comprehensive cannabis policy reform, we strongly urge the Senate to move forward on this issue without delay.”

Other organizations agreed about the urgency of the legislation. The US Cannabis Council (USCC) is a leading force for ending federal prohibition—particularly creating an equitable and values-driven cannabis industry, which is one of the defining factors between the MORE Act and similar legislation.

“Descheduling of cannabis is on the march across the United States, and the House has now passed the MORE Act in two successive sessions of Congress,” USCC CEO Steven Hawkins said in a statement sent to High Times. “Today’s historic vote comes as the Senate prepares for the formal introduction of the Cannabis Administration and Opportunity Act. Taken together, Congress is strongly signaling that the end of federal cannabis prohibition is nearing.”

Hawkins also acknowledges the uphill battle the bill will face.

“There is much more work to be done before any bill reaches the President’s desk, but we are approaching the end of the cannabis prohibition era,” Hawkins said. “As more states launch medical and adult-use cannabis programs, as the majority of Americans who support reform continues to grow, and as more Americans have jobs in an industry that already employs over 400,000 people, the pressure will build on Congress to act.

The bill now heads to the Senate where it needs 60 votes to advance. There is currently no companion bill in the Senate, however Majority Leader Schumer along with Senators Booker and Wyden are expected to introduce a comprehensive cannabis reform bill in the next month.

“With voter support for legal cannabis at an all-time high and more and more states moving away from prohibition, we commend the House for once again taking this step to modernize our federal marijuana policies,” stated NCIA Chief Executive Officer and co-founder Aaron Smith. “Now is the time for the Senate to act on sensible reform legislation so that we can finally end the failure of prohibition and foster a well regulated marketplace for cannabis.”

The MORE Act is certainly not the only federal bill moving forward. Meanwhile, on March 24, 2022, the Senate unanimously passed the Cannabidiol and Marihuana Research Expansion (CMRE) Act. The current version of the CMRE Act would streamline the application process for researchers, allowing them to study cannabis and push the U.S. Food and Drug Administration (FDA) to promote and develop cannabis-based pharmaceuticals.

In addition, Sen. Nancy Mace introduced the States Reform Act, which some advocates believe has better chances in the Senate, while others disagree.

Because 10 Republican Senators are needed to pass the MORE Act in the Senate, some worry about its chances of crossing the finish line. George Macheril, CEO of cannabis industry lender Bespoke Financial, is one of those people. “While the House vote on the MORE Act is expected to pass again, we see this as more of a symbolic gesture which will have very little chance of surviving the Senate,” Macheril told High Times on March 25.