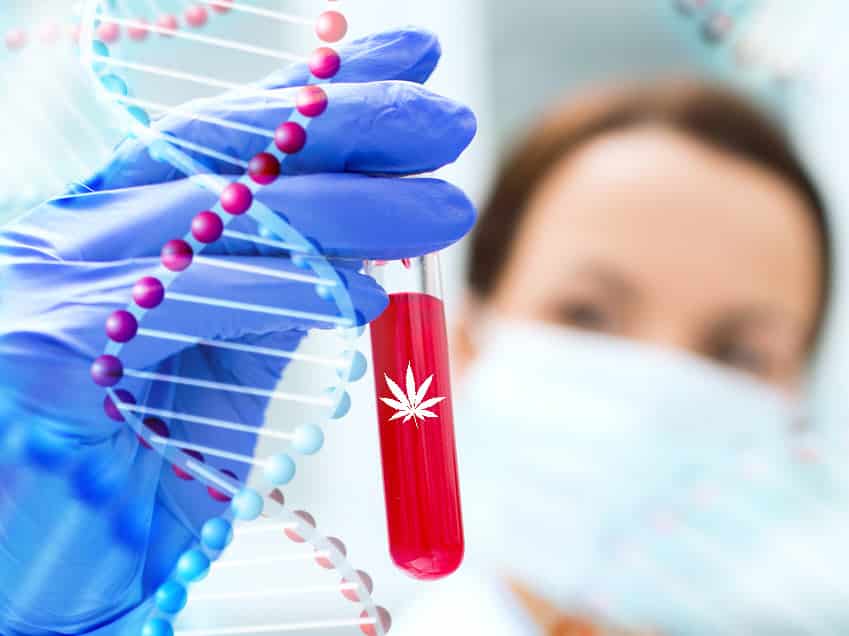 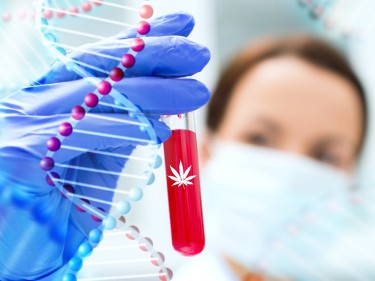 The human immunodeficiency virus, or HIV, is a microorganism that wreaks havoc on the immune system. The cells that are the components of the immune system, like white blood cells, assist the body in fighting off infections brought on by fungi, viruses, bacteria, and other foreign organisms.

Without this immune system, we can not maintain sound health for very long. These cells help to create our natural immunity (our first line of defense) and adaptive immunity (the antigen response dispersed to stop specific infections). Due to HIV destroying essential components of the immune system, patients are less equipped to battle everyday infections and more severe microorganisms.

Although there have been no thorough surveys carried out on medical cannabis users in the United States, smaller-scale surveys show that most users are looking for relief from AIDS symptoms. For instance, each of the three California marijuana buyers’ clubs, organizations that make marijuana available to patients, visited by the IOM team, recorded that more than 60 percent of their members asked for AIDS treatment.

CANNABIS and HIV: THE RESEARCH

HIV is one of the most prevalent diseases in the world. It used to be the deadliest in the late ’90s and early 2000s. Thanks to medical innovations and research, antiretroviral drugs have been made available to weaken this virus and improve patients’ lives.

It’s now time to go into some studies exploring the relationship between cannabis and patients with HIV.

Severe inflammation fuels many diseases. That very word “inflammation” has a negative reputation, but in reality, it helps to survive. When coming into contact with an infectious microorganism, the immune system releases inflammatory cells and signals molecules to launch an attack against the invaders. However, some specific health conditions hinder the body from turning off this hostile attack. Over time, this process can begin to cause damage to bodily tissues.

Although some components of the immune system are depleted due to HIV infection, others, such as monocytes, become highly activated. This can lead to systemic inflammation, which puts patients at a higher risk of coming down with neurological, cardiovascular, and bone diseases. Many HIV patients also showcase an imbalance in their gut microbiome—the trillions of microbes that significantly influence immunity and inflammation.

A lot of HIV patients go through neurocognitive impairment and changes in behavior due to neuroinflammation caused by the virus. Different research teams have now ventured out to check if cannabis can play a role in reducing inflammatory signals that give rise to this symptom.

For instance, a study published in the journal AIDS Care looked at one hundred and thirty-eight HIV patients’ previous cannabis use to see if the herb affected their neurocognition. A comparable study published in the Journal of Acquired Immune Deficiency Syndromes observed the effects of cannabis on neurocognitive impairment in six hundred and seventy-nine patients with acquired immune deficiency syndromes.

The study’s concept calls for the recruitment of 26 HIV patients with an undetectable viral load for at least three years. The researchers would go on to randomize the recruits into two groups and give oral capsules to each for 12 weeks; one group would be assigned capsules with a 1:1 THC to CBD ratio, while the other would get a proportion of 1:9. The paper states that the study was approved by the Research Institute of the McGill University Health Centre. However, the findings are still unpublished.

A couple of hundreds of thousands of patients worldwide are legitimately prescribed marijuana for a bunch of conditions, and severe pain is still one of the most common. Studies are targeting the ECS to alleviate HIV-associated neuropathic pain as researchers continue to uncover the role of the ECS in pain signaling.

In addition to this, a systematic review published in 2021 searched through the current preclinical and clinical data obtained from studies that pitched endocannabinoids, cannabinoids, and ECS enzyme inhibitors against strains of HIV. In terms of clinical evidence, the majority of the investigations involved smoked cannabis.

The relationship between HIV and cannabis hasn’t been ascertained, as the data collected so far remains inconclusive. Additionally, cannabis possesses some clear downsides that will challenge manufacturers and researchers over time. Though the plant contains over one hundred cannabinoids, THC and CBD are the most present in the majority of cultivars.

While THC has psychotropic side effects (which might exacerbate various mental health disorders), CBD has been known to produce an upset stomach and tiredness in some people, as well as interact with a wide range of pharmaceutical medicines.

Since becoming classified as a virus in 1981, the Human Immunodeficiency Virus has taken over thirty-five million lives. The deadly virus originated in animals and spread to human beings through hunting practices. As soon as it enters the body, the pathogen targets crucial immune cells, leaving patients’ immune systems weak and making them vulnerable to everyday infections.

Researchers are now looking at whether cannabis could be linked to HIV symptoms as science continues to put the herb and its ingredients against a broad spectrum of health concerns. So, is there a future to look forward to with cannabis and HIV?

Luckily, the backing for legal marijuana continues to increase, and several nations have already put cannabis programs in place. As acceptance of cannabis grows and data from human tests accumulates, many more conclusions could yet be drawn regarding the impact of cannabis on HIV patients.

HIV RESEARCH WITH CANNABIS, READ THIS… 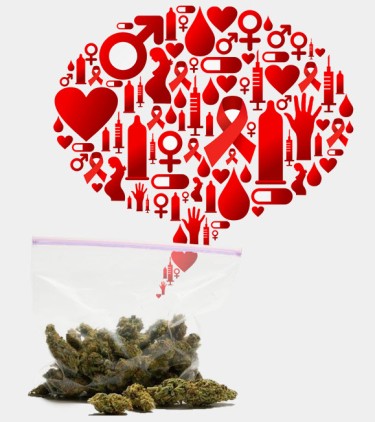 As the Weed World Turns

What in the Wicca? How Does Weed and the Wicca Community Go Together?