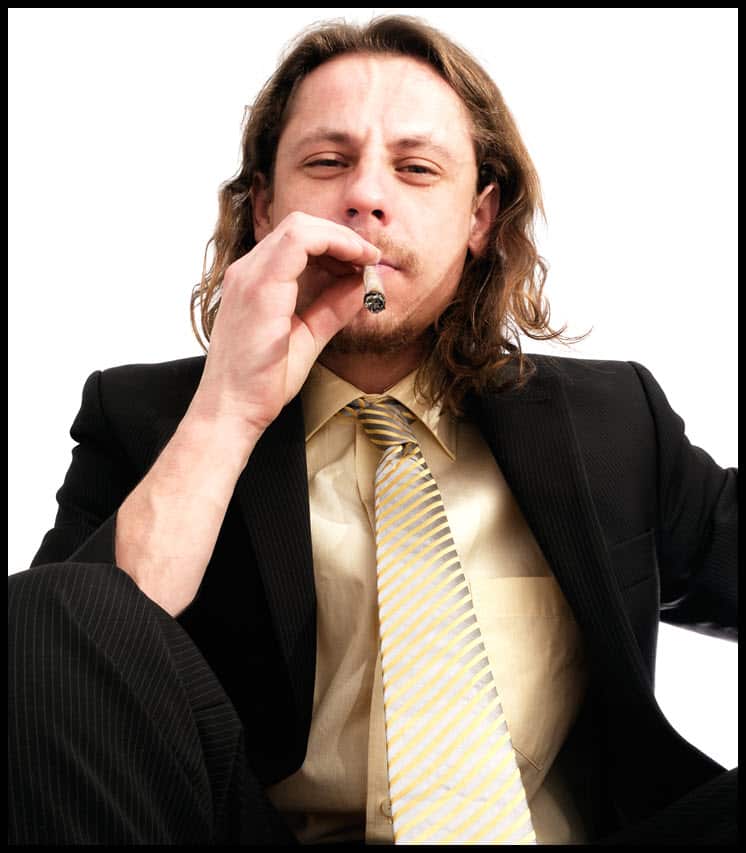 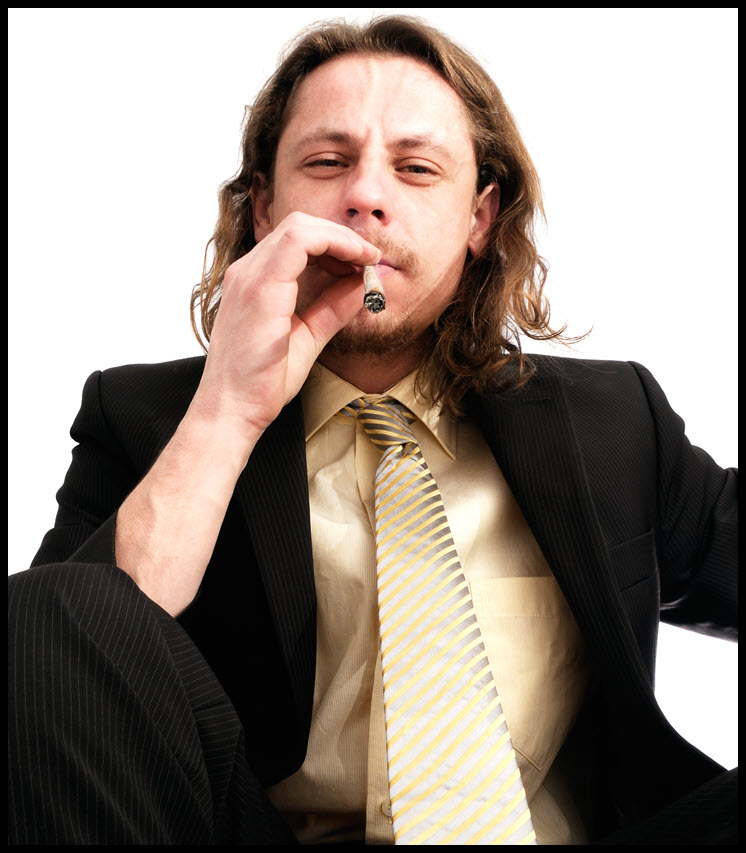 People go to work stoned all the time.

No matter what your occupation is, whether you have to report to an office or work from home or remotely, working while high definitely has its benefits. It’s no surprise that so many people do it. In 2019, Quinn Thomas, a marketing communications organization, conducted a survey from 900 cannabis users. The findings revealed that 1 in 4 cannabis users residing in cannabis-legal states get high at work.

That’s just one of the studies out of many.

So why are more people working while high?

Turns out, it can really help you. And contrary to what people think that cannabis use makes you lazy or unproductive, the opposite can be true at least for many people in the population. In fact, studies show that cannabis use has no impact on productivity.

But how MUCH you smoke plays an important role: if you get extremely high, you wouldn’t be able to function with anything, and this has been proven time and again with multiple studies dating back many years. For those who want to experiment with cannabis use for productivity, small doses is always best, even perhaps microdosing.

Generally speaking, microdosing marijuana is consuming anywhere between 2.5mg to 5mg, which is easy to measure when you are taking edibles or tinctures. When it comes to smoking, perhaps a small puff instead of several large ones. Of course, your own tolerance also plays a role.

Having said that, here are the benefits you can get when working while high:

Many people feel they are at their creative best after smoking a few puffs or even eating edibles. For these reasons, it’s common for artists of all kinds to get high before getting on with their creative process.

Some famous creatives that were known to use cannabis include Steve Jobs, Amedeo Modigliani, and Charles Baudelaire to name a few. Perhaps you could give it a try the next time you have a creative block – and let cannabis help you see what you can uncover. According to experts, creative processes rely on the activities within the frontal lobe of the brain, and when you consume cannabis, this increases cerebral blood flow to this part of the brain, making it more active.

Jasen Talise reported in the Berkeley Medical Journal that trials conducted back in 1992 confirmed that cerebral blood flow does increase after marijuana use. These findings were verified by additional research in 2002. “When subjects with high and low creativity are compared, the former have both higher baseline frontal lobe activity and greater frontal increase while performing creative tasks,” said Dr. Alice Flaherty. Alice Flaherty is from Harvard Medical School’s Department of Neurology. “Marijuana is a stimulant. And most stimulants, in the short term anyway, boost output of all kinds,” she added.

The ability to solve problems more efficiently is an important skill needed by everyone at work. Biologically speaking, it’s the ability to connect abstract thoughts, which can also be referred to as divergent thinking or lateral thinking. Divergent thinking skills is essential in problem solving, and all businesses need people like this. It enables people to be motivated to find new solutions for challenging problems, look for new opportunities, have a broad outlook, and get excited to learn.

A study in 2014, which was conducted by Leafly, revealed that if you want to use cannabis for creativity, dosage is critical. They found that low doses of THC, or 5.5mg in the study, led to improvements in divergent thinking. Meanwhile, a 2015 study conducted by researchers at the University College London revealed that THC was linked to better divergent thinking among 15 human subjects.

The truth is that, for many of us, focusing at the job at work can be so difficult. There are countless distractions all around us, from the internet and mobile phones, our immediate environment, or perhaps some underlying conditions such as attention deficit hyperactivity disorder (ADHD), chronic fatigue, or others.

Cannabis use has been proven to help people with ADHD, and that’s proof enough that it can help you focus at work. You don’t need Adderall or other harmful stimulants – cannabis is safe and well-tolerated; you can even have a few puffs with your morning coffee to help you better your focus at work. A report in 2008 which was discussed to the International Association for Cannabis Medicine revealed that THC was beneficial in contributing to behavior improvement as well as overall performance in a subject with ADHD.

If you want to be successful at your business or any job, working memory is important. Working memory helps us retain information for periods of time long enough so that we can use it; it also aids in following instructions and concentration.

Being able to remember which tasks need to be done, which employees need extra attention, problem areas at work to address, and a myriad of other things to remember require working memory. And contrary to what the stereotype says, cannabis users aren’t forgetful. A 2018 study conducted by researchers from the University of Florida involved animal subjects and found that the rats that were made to inhale cannabis benefitted their working memory.

“Cannabis smoke improved working memory accuracy. Placebo smoke did not affect working memory accuracy,” they wrote. There were some differences found when they studied the performances based on gender, though the results were still incredible. “The overwhelming majority of research in both animal models and human subjects shows that acute administration of cannabis and cannabinoids induces deficits in tests of cognitive function, including working memory,” wrote the researchers.

There you have it.

Cannabis helps the human brain in many ways when it comes to work. If this is something you want to try out for yourself, remember to always start with small doses. 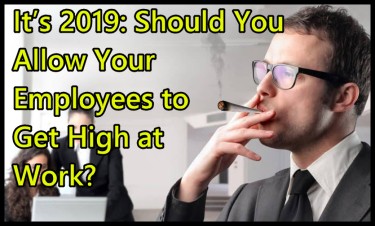 SHOULD YOU ALLOW EMPLOYEES TO SMOKE WEED AT WORK? 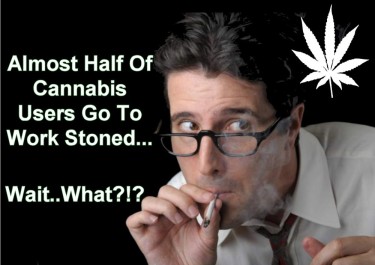 HALF OF CANNABIS USERS GO TO WORK STONED, IS THAT TRUE?