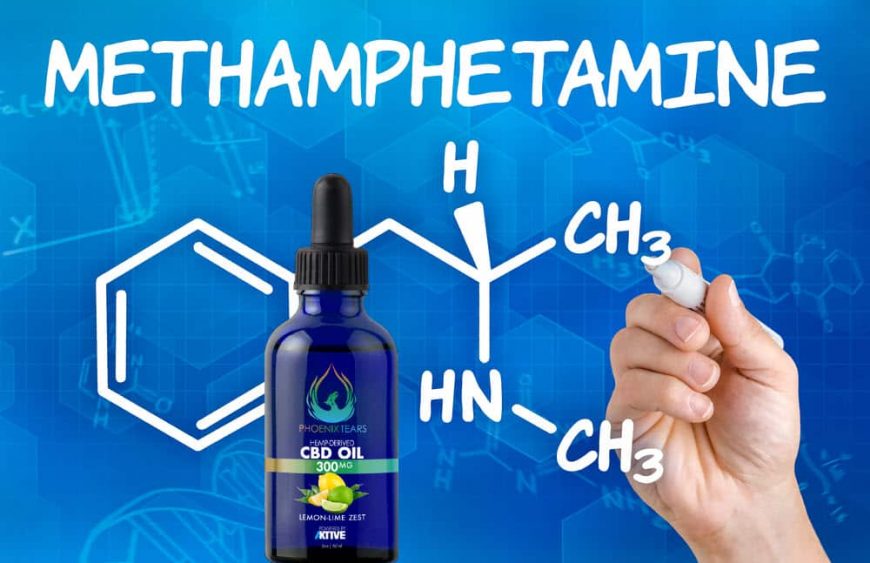 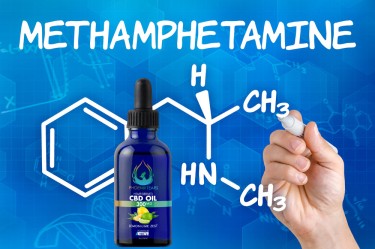 Methamphetamine (meth), and heroin are two of the most dangerous illicit substances that are used by people. According to Addiction Center, some 21 million Americans struggle with at least one addiction, and overdose deaths have tripled in numbers since 1990.

Only a small population of addicts receive treatment. Drug abuse leads to many societal harms, such as homelessness, violence and crime, mental health disorders and much more that cause a heavy burden on justice systems and our country as a whole. Perhaps, what’s worse is that treating drug addicts is no easy feat, even with expensive rehabilitation centers. The process of quitting hard drugs such as meth and heroin are complicated.

There are already studies that document how effective CBD can be in helping people address substance use disorders, including opioids and alcohol. It can save states and governments with a tremendous amount of money if it’s used more widely in treatment.

Now there’s more research showing that it can help those who struggle with meth and other hard drugs. Researchers at Spain’s University of Valencia and the University of Valencia worked together to review literature on the impact of CBD for treating addictions to stimulants, during the years of 2015 to 2019. They determined that CBD has the potential to help treat stimulant addictions.

“A limited number of preclinical studies indicate that CBD could have therapeutic properties on cocaine and meth addiction and some preliminary data suggest that CBD may be beneficial in cocaine-crack addiction in humans,” said the study. “CBD has shown promising results in reducing the inflammation and seizures induced by cocaine and in several preclinical models of addiction to amphetamine, cocaine and meth. Importantly, a brief treatment of CBD induces a long-lasting prevention of reinstatement of cocaine and meth seeking behaviors,” they wrote.


Among their findings, they found that individuals who had an addiction to crack cocaine used marijuana to mitigate withdrawal symptoms. “While preliminary, there is some preclinical evidence showing that treatment with CBD might promote resilience to developing cocaine and meth use disorders and might prevent relapse into drug use after a period of abstinence,” they wrote.

“Observational studies suggest that CBD may reduce problems related with crack-cocaine addiction, such as withdrawal symptoms, craving, impulsivity and paranoia,” they added. The authors also discussed that the effectiveness of CBD for people struggling with substance abuse disorders with stimulants may vary depending on certain factors such as its dose, frequency of consumption, and the kind of drug they are addicted to.

Hope for Other Drug Addictions

Another study, which was published in the American Journal of Psychiatry, revealed that CBD is effective in reducing cravings of people who have a heroin addiction. For the study, 42 men and women were involved, all of whom had a history of heroin abuse and were trying to quit without relapse. They were tasked to watch two types of videos: one with depicted scenes in nature, then other videos depicted drug-related cues that were designed to trigger drug cravings.

The participants were then divided into three groups: one group was given 400mg of CBD, another were given 800mg of CBD, then the placebo group. Interventions were made for three days in a row with a double-blinded study, which meant that the participants as well as the researchers weren’t aware of the conditions they were given during the experiment.

They found that participants had the most intense cravings after seeing the drug videos compared to the neutral, nature scenes, though these results were expected. But those who consumed CBD had less drug cravings compared to those in the placebo group, even after they were made to watch the drug-related cues on video. They also observed that the participants had less anxiety, and reduced cortisol and heart rate. These findings were significant especially given the opioid epidemic that has been raging in the United States for several years now.

“To address the critical need for new treatment options for the millions of people and families who are being devastated by this epidemic, we initiated a study to assess the potential of a non-intoxicating cannabinoid on craving and anxiety in heroin-addicted individuals,” explained lead researcher Yasmin Hurd, PhD, a Ward-Coleman Chair of Translational Neuroscience at the Icahn School of Medicine in Mount Sinai. “The specific effects of CBD on cue-inducing drug craving and anxiety are particularly important in the development of addiction therapeutics because environmental cues are one of the strongest triggers for relapse and continued drug use,” she added.

The current available treatments for meth and heroin addictions have no sure fire guarantee that addicts will stop, and safely at that.

Using CBD, perhaps in conjunction with other types of treatment, is promising and can save lives. This may be an excellent potential and adjunct treatment to help people. CBD is already proven effective in treating seizures, anxiety, psychosis, spasms, pain, and inflammation, so it can greatly help in reducing withdrawal symptoms not just physically but emotionally as well. It’s also important that CBD is an anxiolytic, because when people have to face quitting drug addictions then this can cause imbalanced emotional states that lead to depression and anxiety during withdrawals, but CBD can help there.

Furthermore, CBD is not addictive, so it doesn’t pose any health risks to people already struggling with addiction.

HOW CBD IS BEING USED FOR METHAMPTHETAMINE ADDICTION! 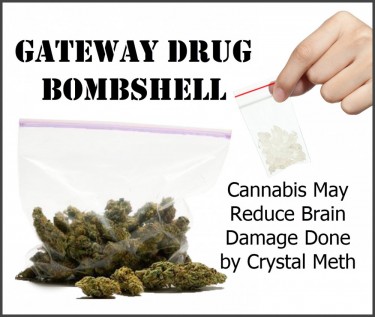 Does Bong Water Filter Out Some of the THC from Your Weed?

Remember the Time We Got the Whole Family Stoned on ‘Vegan Butter’?