Methylenedioxymethamphetamine (MDMA) is a federally prohibited drug with relatively extensive use in the United States.

Like all prohibited drugs, there is limited scientific or medical information on whether or not MDMA has therapeutic potential. However, there are hundreds, if not thousands, of anecdotal reports indicating that MDMA, also known as Molly or Ecstasy, has medical benefits.

Of all the personal observations rendered by various ecstasy users, grief and PTSD are often the most listed challenges overcome with the drug. Many claims that the drug helps alleviate their grief and manage their overwhelming PTSD symptoms. Recently, a team of researchers carried out a series of clinical trials to check if there was an inkling of truth in these claims. In the Phase 3 trial, they reported that the drug had great effects in reducing the suffering of patients suffering from tough cases of PTSD.

MDMA is a psychedelic that is used in non-conventional settings to provide relief to people hurting from grief or other forms of mental trauma. This therapy is unusual but has shown positive anecdotal success in recent years.

Some say that the drug has reduced their symptoms of post-traumatic stress disorder, while a few say their symptoms have been eliminated. This form of therapy is fast gaining acceptance in the mental health sector. In the coming years, more research will be centered around the healing effects of MDMA-assisted treatments.

There are different stories on the internet about how grief and other mental disorders have been relieved by MDMA consumption.

Grief is a consuming feeling to varying degrees. The impact of grief is peculiar to different individuals, consuming them from within. For Shelley and her husband, Charley Winninger, MDMA helped them get over the tragic death of their 39-year-old child, Scott. It enabled them without reducing the unabashed love and connection they had with Scott before and after his death. With the help of ecstasy, Shelley was able to lower her guard and speak about her raw and wounded heart.

Shelley and her husband, Charley, both in their seventies, met in their late forties. The couple revealed that they use MDMA-derived drugs about five times a year to help with bonding, healing, and other recreational activities. Little did they know that it would also help them accept and get over the loss of Shelley’s biological son.

Shelley got word of her son’s demise through a phone call in the wee hours of the morning. Her husband said he found her screaming with horror and hitting the couch repeatedly that morning. Her phone had been passed across the room. He said that she looked as if her heart had been ripped out. Shelley received a phone call from her son’s girlfriend. Scott has just moved into a new spot to start a life with his girlfriend, her dog, and his cats. His girlfriend had walked in on him slumbering over the couch, dead, a few hours before. Scott’s death was unexpected, and the family conducted an autopsy to find out what truly happened.

As expected, Shelley’s grieving process was very long. As a non-religious person, Shelley says she was pretty lost and unsure of where to start from. The couple attended an MDMA group experience less than two weeks later.

At the group experience venue in Prospect Park, they found themselves in the midst of people who had also lost something or someone in recent months. People can come from all walks of life and ages to partake in the healing circle. The healing experience startled every participant. After using the drug, everyone who wanted to speak spoke about their losses.

Shelley recalled that a boomer in attendance spoke about the loss of his mother some days earlier. She said she threw him a cushion to scream into when he said he felt like he needed to let out a blood-curling scream. He screamed three times into the cushion and announced that he felt a form of relief.

When Shelley finally spoke about her son, Scott, she passed around his recent photo and couldn’t stop her tears from pouring. She talked about her son’s challenges throughout his 39 years. According to his mother, Scott had suffered from mental issues as well as a chronic pain symptom that originated from a severe back injury.

On the other hand, her husband spoke about feeling Scott’s presence in their living room on the day he left this world. He told of Scott’s smiles in his vision. Shelley erupted into cathartic sobs when her husband said that he had heard Scott say the words “I’m free” that morning. At that precise moment, everyone huddled around the bereaved mother to comfort and send healing energy her way.

MDMA or Ecstacy works well for separating the darkness of loss and tragedies from the pleasant memories a person has. Shelley and her MDMA community benefited from the healing properties of MDMA in Prospect Park. They participated in their individual and group healing experiences. The combination of the community and the wonder drug consoled those that needed consoling.

MDMA worked to shine a light on the darkness of loss. The Winingers were able to finally accept that their son was free of pain and mental challenges. Scott was resting. Shelley and Charley said that that moment of clarity was an experience that would always be remembered, not only by them but by the thirty-eight other participants in the healing circle.

It is important to point out that most claims of MDMA’s grief-relieving attributes are anecdotal. If you plan to use the drug to help with loss, you have to exercise caution and use the drug responsibly, regardless of your “adult” age. Misusing a powerful drug like MDMA would overwhelm and knock you off. Use only tested products that have been accurately measured. You also have to stay hydrated before and after using the drug. Make sure to consume only healthy meals for at least a week after your MDMA session.

Hopefully, before the next decade, there will be sufficient scientific and clinical information about the healing and grief-alleviating properties of MDMA products.

MDMA AFTER THE LEGALIZATION OF CANNABIS, READ MORE… 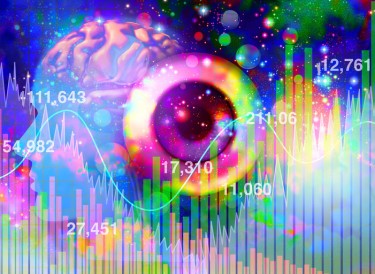 THE INDUSTRIALIZATION OF MDMA AFTER CANNABIS LEGALIZATION!