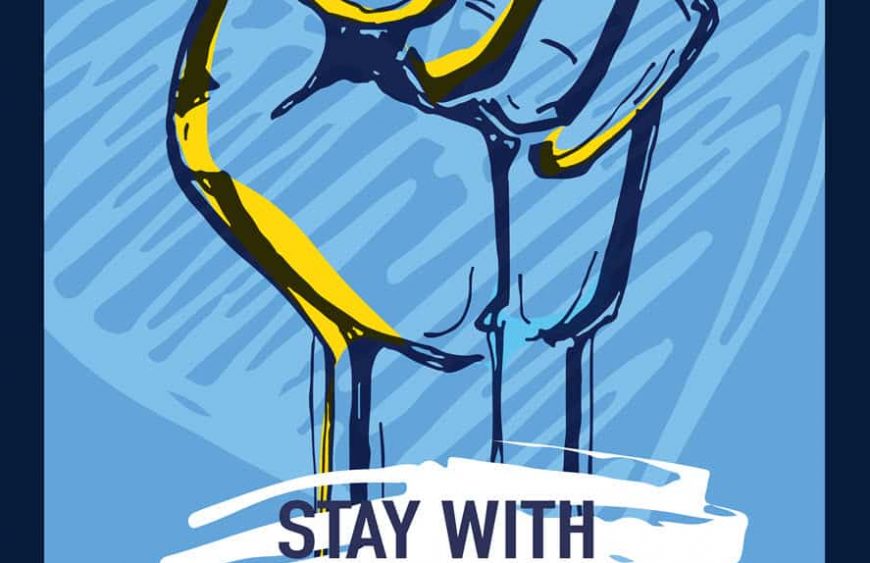 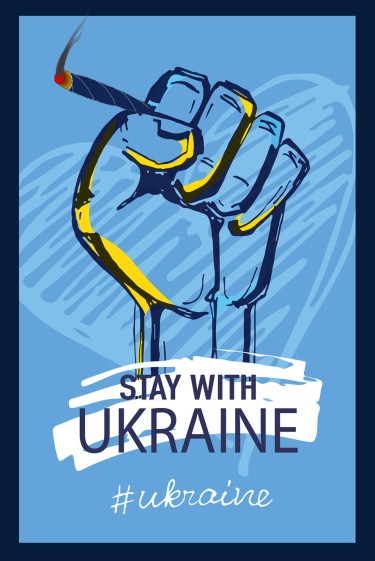 As the war continues in Ukraine, a majority of the free world stands in unison to back the nation, and its leaders as their citizens and army combat Russian aggression. Their livelihoods, their way of life, their culture, and their people are getting wiped out, and their independence is in jeopardy.

We have noticed how industries worldwide come together to offer their support in several ways, and it is not a shock to see that the cannabis community has mobilized themselves regarding the cause. Different from other industries experiencing supply chain disruptions due to the war, the cannabis industry in the United States is, for the most part, unscathed. But that does not mean it is untouched.

CEO of San Francisco’s MediThrive dispensary, Misha Breyburg, takes the invasion of Ukraine by Russia quite personally. The dread he feels as he sees Odessa, his hometown, being exploded into a million pieces is almost too much. Being the CEO of San Francisco’s MediThrive dispensary and as a Ukrainian-American, he had more than enough motivation to look for an avenue to help.

One of the methods he chose was to donate the proceeds from a single day’s sales, as well as 10% of the total revenue for the week, to Sunflower of Peace, a Massachusetts-based non-profit dedicated to assisting the Ukrainian people amid the Russian invasion and providing medical and humanitarian assistance to Ukrainians. Even as he donates to Sunflower of Peace, Breyburg also hopes to set up a charity of his own and personally take the earnings to those who need it most in Ukraine.

While in Detroit, cannabis store and cultivation facility Luxury Loud is partnering with Srodek’s Quality Polish Food for a Pot and Pierogies fundraiser for Ukraine. Luxury Loud will give 100 percent of its March 13 sales to UNICEF to be used for the children of Ukraine; at the same time, Srodek’s food truck was giving complimentary pierogies and kielbasa for a contribution.

The invasion of Ukraine by Russia is as well personal for principals at Luxury Loud. Engineering manager and grower Marko Malinowski and his brother, Christian Malinowski, who is one of the partners in the business, are Ukrainian Americans who are popularly known in the Ukrainian community of Detroit.

Malinowski told the Detroit Free Press that it was a bit more unique. And also, that pot and pierogi sort of grab people’s attention for some reason, and they actually do go well together.

Matteo Communications, a cannabis public relations firm, is also raising money for Ukraine by equalling contributions to one of the various organizations working to protect the safety and security of Ukrainians. The company will equal contributions via a social media campaign launched last week.

The legendary website, Cannabis.net, has created a custom t-shirt in their store where all profits from the shifts will go to one of 3 Ukraine relief funds.  New designs are being taken as part of a contest by readers, as well!

Cannabis manufacturing business Helmand Valley Growers, founded and controlled by war veterans, contributes 100 percent of gains to a good cause — veterans. But right now, till at least the end of April, they are contributing earnings to the Jose Andres-led World Central Kitchen, which has been present in both Poland and Ukraine, feeding refugees.

Corey Potter, the director of sales, said this situation is a humanitarian calamity beyond any we’ve seen since World War II. For all the two years they have been in business, they have been so lucky to have gotten a lot of support from so many. The entire cannabis community has really embraced them. Although they are not yet a household name, through the compassion of strangers and their faith in our mission, they have been able to accomplish a lot in a short while.

At the time they were creating the brand, they made a commitment to each other that they would always utilize the platform that they got to promote positivity, and hopefully, this will encourage others to get involved in their communities, the director added. No time is a wrong time to do what is right. They are happy that they can help and are hopeful that others will chip in or locate a charity of their choice that they’d like to assist.

The reason why the World Central Kitchen was chosen all started with a news story concerning a mother from Ukraine carrying her disabled daughter for three days nonstop to escape the attack on a hospice train bound for Poland. She never stopped walking or put her daughter down to rest. She continued till she got to the train.

Right after that story was another segment that spoke about the World Central Kitchen and the work they do in feeding the needy around the world. A feeling of hope took over my utter anger when I saw their work along the border of Ukraine and Poland, helping to feed the refugees.

HELPING THE MOST MARGINALIZED COMMUNITIES

A cannabis manufacturer in California called Like has decided to contribute a part of the revenue they got from March to Hope for Ukraine, a non-profit organization committed to serving the most exposed citizens in Ukraine.

For the co-founders, Giovanni Humphries and Sergey Vasilyev, all they do are about the community. The cannabis industry always leads by example when it comes down to supporting each other. It’s what makes the community and culture so promising and unique. They said they had decided to contribute a part of their earnings from March to a non-profit organization dedicated to assisting the most vulnerable citizens in Ukraine because they know that isolated communities are often the most affected during these times.

The cannabis community, especially the ones in the United States, is one of the few business communities that are not affected by the ongoing invasion of Russia into Ukraine, as it doesn’t depend on any foreign parameters to function optimally. As a result, they are well equipped and are providing assistance to Ukrainian citizens through donations to charities formed to help with the crisis in Ukraine and the World Central Kitchen.

THE MARIJUANA INDUSTRY ON THE UKRAINE, READ MORE.. 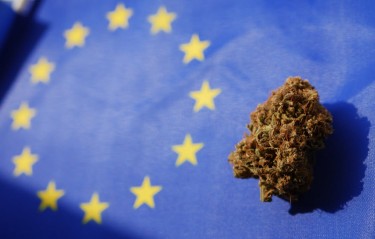 ARE WEED PRICES GOING UP IN EUROPE DUE TO UKRAINE SITUATION?

WHY IS NOBODY HAPPY RIGHT NOW, OR HAS IT BEEN THAT WAY?

Weedcraft Part 5 – How to Embed Intention into Your Tokes