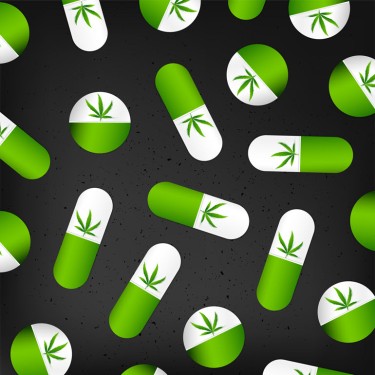 Lately, researchers have taken an interest in plant-derived terpenes and their therapeutic capabilities. Numerous natural compounds exhibit therapeutic properties, and these studies show that terpenes and terpenoids possess a substantial potential to treat inflammations and infections.

Although there’s still very limited information about the therapeutic properties of these compounds, some researchers have suggested that terpenes could be an effective alternative treatment for several diseases. Some even propose that it could be more effective than available conventional drugs. While we await more convincing and extensive evidence, it would be best to bring ourselves up to speed on the available information about the antibiotic properties of plant-derived terpenes.

The Future of Antibiotic Treatment

The world is currently experiencing an antibiotic resistance crisis. If this continues, resistance will continue to emerge until humans are unable to resist these infections. At this current rate, the future of antibiotics resistance is easy to predict. Treatment options will keep on dwindling until better natural therapeutic options are utilized.

Terpenes are one of the available options to consider for the future of antibiotic treatment, but the current evidence is not enough to conclude it’s the best option. The discovery of penicillin marked the start of the golden age of antibiotics. But, that golden age is all but over. Sure it was all fine and dandy for a while; the age of antibiotic resistance is now a thing, thanks to the abuse (misuse and overuse) of antibiotic drugs.

Most plants, fruit, and vegetables cultivated on planet Earth contain terpenes. These compounds are responsible for the different aroma and flavor profiles of plants.

There are up to thirty thousand different members in the terpene family. Each member is a highly diverse natural product which is uniquely synthesized by various plants. They have individual chemical structures which determine their potential therapeutic applications. The family of Terpenes is the largest known group of natural compounds. The easiest way to identify terpenes is based on the number of isoprene units they have. A terpene compound with one isoprene unit is referred to as a hemiterpene; one with two units is known as monoterpenes, while three units of isoprene are called sesquiterpenes. Cannabis is one of the most common sources of Terpenes and terpenoids. The majority of cannabis essential oils are composed of monoterpenes and sesquiterpenes.

Many years ago, the first antibiotic, penicillin, was derived from natural sources. Since then, several others have also been gotten from living sources, especially plants. Terpenes extracted from plants like cannabis can fight off antibiotic-resistant infections. At this point, you can categorically state that these natural compounds are better at fighting infections that are more tolerant to conventional medications.

The Antimicrobial Potential of Terpenes

Several studies have highlighted the antimicrobial potential of terpenes. One study disclosed that the antibiotic properties of terpenes are brought about by the hydroxyl group found in phenols and alcohols.

Another recent study was able to imitate the collective benefits that take place when terpenes are incorporated with antibiotics. One of such drugs is rifampicin. It Is administered to patients suffering from bacterial infections like leprosy, tuberculosis, legionnaires’ disease, and Mycobacterium avium complex.

A team of scientists in a laboratory in Rome carefully assessed all available information to grasp the full understanding of the specific roles terpenes play in killing or limiting the spread of infections in the body. The scientists revealed that the studied plant-derived terpenes are able to reduce and fight off antibiotic resistance through various mechanisms.

Critical Points in This Study Include:

The terpene geraniol acts as an efflux pump inhibitor. It shows activity against Enterobacter aerogenes, a gram-negative bacteria. The compound functions by reversing chloramphenicol resistance.

Terpenoids like linalool, borneol, and terpinene-4-ol have synergistic properties that halt or inhibit the proliferation of Salmonella and E. Coli variants. Camphor, another major terpenoid, demonstrates activity by fighting off bacteria species like Escherichia coli, Klebsiella pneumoniae, and Staphylococcus aureus. Camphor has bacterial growth-inhibiting properties and can successfully reverse antibiotic resistance against microbes.

Sesquiterpenes, triterpenes, diterpenes, and other terpene groups show antibiotic activity against variants of the Streptococcus species. This property help fight against resistance to beta-lactam antibiotics. Vitexolide diterpene is exceptionally efficient in warding off multi-drug resistance to gram-positive bacteria. Vitexolide can be extracted from the Chaste tree and actively combats bacteria species.

Plant-derived terpenes do not only fight off antibiotics; studies also point out that they show activity against inflammation.

Microorganisms are evolving to survive or adapt to the different antimicrobial compounds. Scientists have described these attributes as either being Resistant or Persistent. Resistance is passed from mother cells to daughter cells due to mutations passed from generation to generation. On the other hand, persistence refers to the ability of microbes to withstand antibiotic actions when they move into the dormant phase of their cycle.

Some of the mechanism of antimicrobial resistance for by Gram (+) and Gram (–) bacteria includes limitation of drug uptake, drug inactivation, drug efflux, and the mutation or alteration of the drug’s target. When bacteria species mutate, they alter their physiological and physical attributes to survive in the new environment. These bacteria species also produce different molecules or enzymes that make drugs impotent. This is done either by covalent bonding or enzymatic processes.

Humans are showing an exponential increase in level of resistance to existing antibiotic strains. Even the newest antibiotics medications being marketed are not easily broken down in the body, especially those produced from similar sources as the existing antibiotic drugs available.

All this means is that it to time to try other natural sources that have never been considered before. Terpenes are suitable options for this that have demonstrated proper resistant-antibiotic combat properties. The field of drug discovery is continuously expanding. Hence it would be very reasonable to look into the prospective therapeutic properties of plant-derived terpenes to combat antibiotic-resistant infections.

MORE ON TERPS FOR MEDICAL RESEARCH, READ THIS… 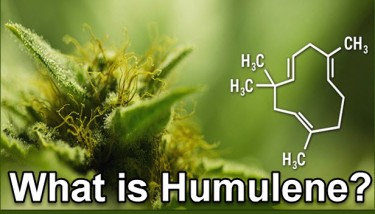 FIGHTING CANCER WITH THE TERPENE HUMULENE? READ THIS! 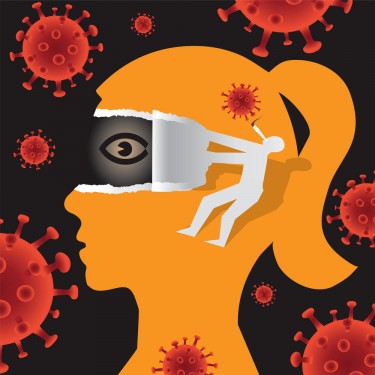 IS CBG THE KEY TO FIGHTING ANTIBIOTIC VIRUSES IN THE FUTURE?